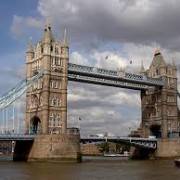 According to figures released today by the Office for National Statistics International Passenger Survey, the UK welcomed 3.14 million visits in April, six per cent more than in the same month last year. Great Britan have reached levels than never before have obtained.

Visits hit a new record for the first four months of a year: between January and April 2015 they exceeded ten million for the very first time.

April was a strong month for all types of visit, with Business, Holiday and Visits to Friends & Relatives seeing growth of 18, six and four per cent respectively.

EU15 countries account for over half of all visits to Britain annually, making them the UK’s largest world region for visits.

In April, for the first time, visits from EU15 countries exceeded two million during any one month.

Clearly one of the causes for this increase is the City of London which every year receives more tourists from all parts of world.

Turistik Chile has equipped their new buses with multilingual M&E Syst...
Scroll to top
This website uses cookies to improve your experience. We'll assume you're ok with this, but you can opt-out if you wish.Accept Read More
Privacy & Cookies Policy
Necessary Always Enabled