News
You are here: Home / News / Noticias @en / World tourism grew by 4% in the first half of the year 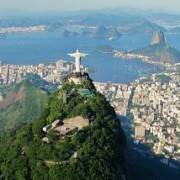 The number of tourists worldwide has increased by 4% in the first half, driven in particular by Asia-Pacific and Africa, and to a lesser extent by Latin America and Europe, according to figures released by the World Tourism Organization (OMT) .

The Asia-Pacific region received an additional 9% of international visitors, “thanks to a strong intraregional demand. Oceania was leader with a 10% increase of tourists.

Central and South America saw 6% rise in tourist arrivals, while in the Caribbean increased by 4%, partly thanks to the visitors coming from the United States.

Europe had a smaller increase, only 3%, and varied by areas: the eastern and northern reported an additional 5% of international visitors, but the west and south grew only 1 to 3%. This decline has been due to the alertness of some countries because of terrorism.

The same concerns led to a 9% drop in the number of tourists in North Africa and the Middle East. Africa as a whole saw an increase of 5%, thanks to the recovery of the sub-Saharan region 12%.

China remains the main supplier of tourists, up 20% of travelers in the first half, followed by the US (8%). Other countries that showed an increase in travel undertaken for its tourists were Spain (20%), Norway (11%) and Australia (10%).